Lemons are actually considered a berry! They are thought to have originated in China. Mentioned in the Old Testament as early as the first century, lemons reached Southern Italy via the Romans approximately 2000 years ago. 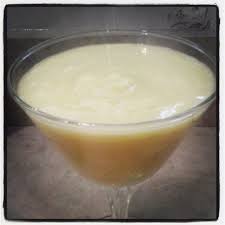 records in the eleventh century. From there they made their way to the Americas by explorers to the New World.

In Europe and the Americas lemons were first appreciated as an ornamental fruit. Later in the eighteenth century they became very popular as an aid against scurvy.

Throughout ancient times, the fruit, peel and seeds have had a notable place in traditional medicine, utilized as an exfoliate, a defense against poisoning, digestive aid, food preservative and in oil form as a mood enhancer.

Food historians believe lemons to have been grown in the Mediterranean from as early as the first century A.D – though so rare, they were considered kingly gifts. The content of vitamin C is so high in lemons, they’ve long been required on British naval vessels. The price of lemons was driven up by miners during the Gold Rush due to their ability to prevent scurvy!

Low in calories, lemon juice has no saturated fats or cholesterol and is a valuable source of fiber. They’re especially rich in a variety of phytonutrients, vitamins and minerals.

The phytonutrients naringenin and hesperetin are powerful antioxidants, augmenting the immune system and lowering damage to DNA. They are also anti-inflammatories and remove harmful free radicals.

This valuable source of B-complex vitamins fights oral and lung cancers. The

ascorbic acid in lemon juice is not only a potent antioxidant, but also supports healthy digestion, prevents scurvy, and assists in dissolving kidney stones. It further works against infectious diseases and inflammation.