Be Careful – Most Cactus & Succulents Are Not Edible!

A Few Are Incredibly Nutritious!

I’ve written about the marvelous benefits of aloe vera, a member of the succulent plant family which includes cactus. So I naturally thought all succulents and cacti are great additions to juices and smoothies. Not so!

Juice from the agave and the new juice craze involving the fruit of the nopal cactus are good examples of cacti and succulents that can be juiced. But the truth is that most cacti and succulents are poisonous, even common household varieties. One common succulent is not only poisonous but corrosive! 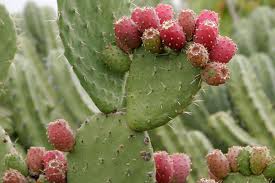 Before we look at the down side of these plants, let’s take a brief look at their historical highlights. Succulents refer to plants that store water to guard against the harsh arid environments in which they grow. All cacti are succulents, but not all succulents are cacti!

Native to most regions where both arid conditions and poor dry soil occur, succulents are native to Africa, Southeast Asia and Central America. They have long been treasured for medicinal and spiritual uses. 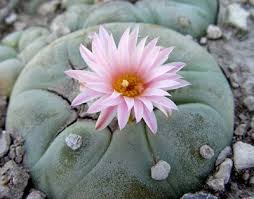 For thousands of years Native American and Mexican shamans used succulents for their healing power. Peyote (along with other non-succulent plants) plays a crucial role in spiritual rituals.

Now let’s look at the dangers. The bottom line is that there are very few cacti and succulents that are safe to eat raw. These are aloe vera, the fruit of the nopal cactus, and the Elephant Plant (see the very interesting video Juicing the Elephant Plant). 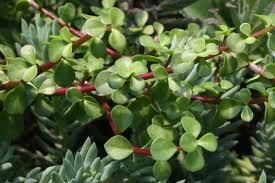 The common jade plant is a succulent that is not harmful to humans but poisonous when chewed by cats or dogs. Fruits of cacti are edible but all other parts are either inedible or safe only when cooked such as the agave. 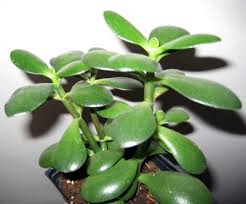 The poisonous nature of most cacti dispels one of our great desert myths, that you can get water from a cactus if you’re dying of thirst. The truth is that it’s not easy and the juices of the most prevalent kinds of cacti such as the barrel have levels of toxic alkaloids and other substances that cause diarrhea and vomiting. Those who have experimented with hallucinogenic cacti such as peyote can attest to these very unpleasant side effects. The barrel cactus can give you safe water to drink but only if the weather is cool and if you understand the complicated process of extracting it from the gooey pulp below the tough spiny skin – it is so laborious that anyone but desert-dwelling people would lose more water than they would gain! Besides it is now illegal to harm these majestic plants.

Nausea is a side effect of too many greens in our juice or smoothie. But this is a very different reaction from the sickness of eating a toxic cactus. Greens are so nutrient rich that our bodies are not used to it, but we can work up to it. The nausea from ingesting the alkaloids from most cacti is actually our body fighting off poison. My real surprise came from learning that most succulents including ones we love to grow indoors are not only poisonous but even corrosive!

Aloe vera and the elephant plant are not harmful and in fact are great to juice for their incredible nutrient content. But our most popular succulents, from the Euphorbia family which has thousands of species, bleed a milky white sap that is poisonous and corrosive. Common names are Greek spiny spurge, wood spurge, milk barrel, Medusa’s head, caper bush and gopher plant to name a few. A small scratch on the leaves starts sap flowing. Believe it or not you should wear protective glasses and gloves, as the sap can burn the skin and even cause blindness. Even the vapor of this sap can irritate eyes and lungs. A botanist added shockingly, “Only prune in a well-ventilated, preferably outdoor area, with you positioned upwind.” 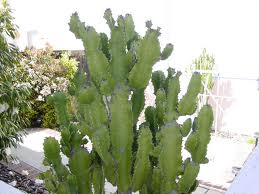 Some Euphorbia look like cactus while others look like common garden shrubs. The simplest way to test is pin-prick the surface and if a milky white sap appears it’s probably a euphorbia. Interestingly milky sap in all plants such as the milkweed, thistle and dogbain have a similar reputation, but a foraging expert explained to me that this is a myth when it comes to the milkweed and thistle.

One of the most popular succulent houseplants is the pencil plant, also known as the milkbush. It, too, is a member of the Euphorbia family. It can grow 30’ tall. Tiny leaves appear briefly at the ends of new pencil-thick stems. One owner reported that after getting the sap on his hands, adverse reactions began within an hour, starting with burning in his eyes, followed by numb lips and shortness of breath. A quick visit to the emergency room and a shot of antihistamine took care of the problem – a case of an allergic reaction. 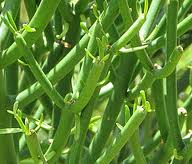 It’s important to keep this shocking info in perspective. While plant poisonings do occur, the incidence of fatality is exceedingly low – about the same as being hit by a meteor. And while a high percentage of calls to our Poison Control Centers are plant related, the majority are panicky parents of toddlers who took a bite out of an unknown but harmless houseplant. Some houseplants are poisonous, but the likelihood of a child ingesting a sufficiently large dose is rare. And keep in mind that other common plants can easily sicken us and we don’t pay them any attention such as the daffodil and rhubarb leaves.

For more fascinating reading on this subject please refer to http://www.theamateursdigest.com/epoisons.htm