What’s All the Buzz About Phytonutrients 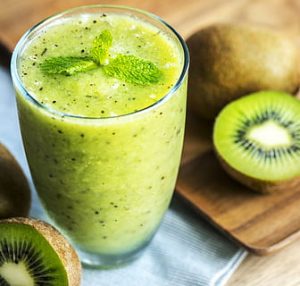 A Little History of Phytonutrients

Why all the press lately about them? What are phytonutrients anyway? Well, you’re in for an interesting read. Every plant contains thousands of natural compounds. Science has divided all these compounds into vitamins, minerals, and phytonutrients, also known as phytochemicals. ’Phyto’ is Greek for plant.

Science first began studying the nutrients in plants about 100 years ago. The focus was on the ones that are necessary to keep us alive. These became known as vitamins and minerals. The first one identified was – wait for it – Vitamin A. Now that science identified all the vitamins and minerals, research is turning to the rest of those hundreds of compounds in each plant – the phytonutrients.

Nutritional science discovered that even though phytonutrients aren’t essential like vitamins and minerals, they are nonetheless important and quite amazing! Some protect the plant from diseases, bugs, and other threats. Others fight human diseases, delay aging, boost energy, improve athletic performance, and enhance our brain function.

Fruits, vegetables, grains, nuts, beans, tea – every kind of plant we eat – contains phytonutrients. We’ve only begun to discover all their benefits. Scientists estimate that there are over 25,000 phytonutrients to explore. Let’s look at just 4!

There are over 600 carotenoids identified so far. They’re found in all our yellow, red, and orange colored fruits and vegetables such as pumpkins, carrots, and sweet red peppers. They are powerful. They fight other compounds known as ‘free radicals’ that age the body. Carotenoids also have other important functions such as the production of Vitamin A which keeps our eyes and immune system in top working order.

Another important carotenoid is lycopene. Red and pink colored foods such as tomatoes, watermelon, and pink grapefruit are highest in lycopene. It lowers the risk of prostate cancer. Other carotenoids known as lutein and zeaxanthin protect our eyes from cataracts and macular degeneration. These are found in greens such as spinach, kale, and collards.

Ellagic acid is a phytonutrient under intense study because it fights cancer in 2 ways. First, it kills certain cancer cells. Second, it works with the liver to destroy cancer-causing chemicals. Ellagic acid is especially rich in strawberries, raspberries, and pomegranates.

Many phytonutrients are flavonoids which come in 3 major categories: catechins, hesperidins, and flavonols. Green tea is the richest source of catechins. These prevent certain types of cancer. Hesperidins are found in citrus fruit and reduce inflammation and the risk of cancer. Finally, flavonols such as quercetin are found in apples, grapes, and onions, and they are particularly effective in fighting asthma, certain cancers, and heart disease.

The phytonutrient resveratrol is the focus of a great deal of study for its antioxidant and anti-inflammatory properties. It reduces the risk of heart disease and cancer, and may fight aging. Grapes and red wine have the highest levels of resveratrol.

So now you know what a phytonutrient is. Take this quick and easy test to see how much you learned.