Pear Juice Has Been Proven to Lower Cholesterol and Your Weight

While the pear may be native to moderate regions throughout the world, historical records date earliest cultivation to over 7000 years ago in northwest China. Its use as a food may go back as far as prehistoric times! Cultivated pear trees made their way to the Americas as early as 1620 with the first settlers to the New World. From there they spread westward via the Lewis and Clark trail.

Since ancient times, particularly among the Chinese, Greeks and Romans, pears 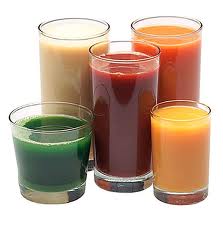 have been well documented for their medicinal properties. They were used as a purgative to detoxify the system, and as a remedy for ulcers, high blood pressure, gastrointestinal distress, cough, constipation, laryngitis and the alleviation of eye pain as well as a skin restorative!

The pear is not only the official fruit of Oregon, it’s second only to apples as the favorite among fresh fruits in the US.

Pear juice is particularly safe for infants, outstanding for the throat and vocal chords, and is proven to help lower weight and cholesterol.

Pears are unusually rich in a high number of nutrients. They’re not only extremely low in calories, but also a powerful source of vitamins, minerals, anti-oxidants and fiber. The juice of the pear provides many healthful advantages not found in other fruits. For instance, it is so hypo-allergenic that it is one of the safest foods for infants. Its compounds are particularly healing for the throat and the vocal cords, and its cooling effect is excellent in relieving fever. 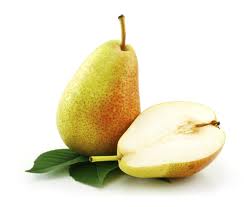 Pear juice provides vitamins A, B1, B2, B6 and riboflavin as well as C, E, niacin and folic acid. Minerals in pears include boron, calcium, iron, magnesium, potassium, copper, phosphorus, sulfur, chlorine and sodium. The phytonutrients in pear juice includes lutein, beta carotene and zeaxanthins which when combined with vitamins A and C act as anti-oxidants, defending the body from free radicals, the major factors in aging.

What pears give you that few other foods provide are compounds which substantially lower ‘bad’ cholesterol as well as significantly lower your weight. They are also rich in the healthy natural sugars, glucose and fructose.