Dating back beyond 5000 BCE, oranges appear in India and China as both a food and medicine.

Recorded history establishes their cultivation in China as far back as 1000 CE. 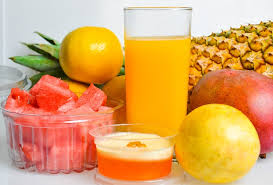 From the East in the first century CE the plants traveled with traders to the Mediterranean where they became prized during the ancient Roman Empire. Oranges quickly spread throughout Europe. Christopher Columbus is credited for introducing them to the New World, and later explorers would spread the orange to South America and Florida.

Orange juice has for millennia been widely recognized for its medicinal uses. The ancient Chinese employed oranges as a preventative of scurvy, to remedy colds and coughs and even anorexia! Throughout Asia and India oranges, including the fruit, flower and oils, were known to improve digestion and intestinal distress, lessen fever and relieve headaches.

Today, as in early history, the orange is used in massage to ease pain, and to sooth the soul as an aroma therapy. Oranges (named for their color) can in fact be green! The US is today the world’s second leading producer of oranges. Of note: the orange is our third most popular flavor, after chocolate and vanilla!

Orange juice is low in calories and high in fiber with no fats or cholesterol, and abundant in nutritional benefits. They are high in vitamins A, B-complex and C, and the minerals calcium and potassium. 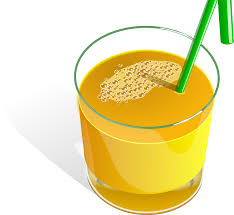 Calcium is required for healthy bones and teeth. Potassium supports a healthy heart by aiding in the removal of salt. The phytonutrients hesperidin and narigenin are powerful antioxidants which remove harmful free radicals, support the immune system and act as an anti-inflammatory.

Pectin, the form of fiber in oranges, works like a laxative by shielding the colon’s membranes from contact with toxins and chemicals which cause colon cancer. Oranges assist weight loss by decreasing cholesterol levels. Vitamin A promotes healthy skin, mucus membranes and vision. Flavonoids, found abundantly in oranges aid the body in fighting oral and lung cancers. Vitamin C is a powerful antioxidant which boosts the body’s ability to fight infection.