Kale and other Dark Leafy Greens Are a Powerhouse of Disease-Fighting Nutrients!

Kale juice is a strong defender against colon and prostate cancer and helps with diet efforts.

Kale, a member of the cabbage family, is believed to have originated in southeast Asia, and dates back to ancient Greece and Rome as far back as 400 BE. Hardier varieties have existed as well in northern parts of the world. Kale not only withstands frost, but the colder the temperature the sweeter the taste!

Until the end of the Middle Ages, kale was one of the most common green 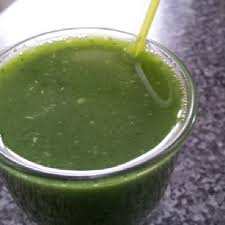 vegetables in all of Europe. There is some dispute as to when kale was introduced to the US, but the variety we are most familiar with probably arrived by Russian traders via Canada.

Medicinally, kale has long been recognized for its antioxidant, anti-inflammatory and cancer preventing powers. The leafy green is so high in nutritional value and so easily grown that the British, during World War II, were urged to cultivate it in order to supplement otherwise poor diets that were a product of rationing. Kale has more nutritional value for fewer calories than any other food!

This leafy green is abundantly rich in nutrients, extremely low in fat, and has no cholesterol. The unusually high content of vitamins, minerals, antioxidants, phytonutrients and fiber in kale raises it above spinach and other vegetables as a nutrient powerhouse! 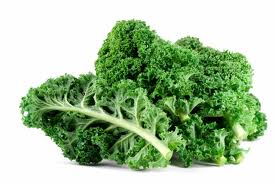 Kale juice is also rich in antioxidants and phytonutrients which protect against eye damage, defend against diseases such as macular degeneration and protect the skin from UV rays. Recent research suggests lutein, which is abundant in kale, defends against colon cancer, and sulforaphane and indole-3-carbinol defend the body from certain cancers such as prostate and colon cancers.

Kale fiber reduces ‘bad’ cholesterol and stomach acid, lowers the risk of colon cancer and contributes to weight loss by creating a sense of ‘fullness’.

Be careful with kale! There are a couple of concerns. First, the rich concentration of vitamin K can cause problems for people on blood thinning medication or those prone to kidney stones. And kale, like all dark leafy greens, is so rich in nutrients that too much can cause stomach distress. 2 or 3 leaves of kale in your juice, 2 or 3 times a week is considered plenty. 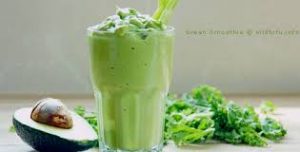