You are here: Home / Fighting Disease / Juicing for Cancer

There Are Alternative Treatments For Cancer Suppressed By the AMA and FDA!

There have been important changes in the treatment and prevention of cancer in recent years. Every day the better medical centers across the country are taking a new look at how diet plays a critical role in cancer treatment.

In these better facilities, patients immediately begin a diet of fresh vegetables, fruits, 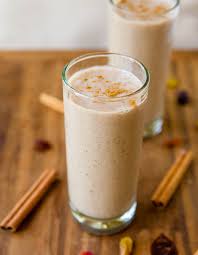 and other raw natural foods alongside traditional cancer treatments. This is combined with meditation, yoga and Pilates. The result is a stronger immune system and a heightened sense of hope and emotional well-being proven to significantly boost the healing process.

New Look At the Past

Science is also beginning to take a serious look at several innovative nutritionists and physicians who have not only suggested new methods for the prevention and treatment of cancer, but used these treatments successfully on themselves and their patients for decades.

As early as the 1920’s, one such individual, Johanna Brandt, published a book describing how she cured herself of cancer by drinking juiced grapes. And sure enough, in recent years research has found that grapes, especially the Concord variety, contain particularly effective cancer-killing properties when the fruit is ingested skin, seeds, and all.

Another early researcher Dr. Max Gerson, is famous for developing a successful cancer treatment based upon juiced vegetables, particularly carrots. Since he first introduced his juice therapy in the 1920’s with his book Cancer Therapy: Results of Fifty Cases and the Cure of Advanced Cancer, thousands of people have reported dramatic improvement by following his juice protocol. This protocol is freely available on the internet.

Unfortunately most cancer treatment hospitals and oncologists believe that any cancer treatment other than medically approved ones should be avoided. If a new method shows promise, even success, the medical community maintains that these should be disregarded until proven effective. Sadly, behind these warnings is also a ‘vested interest’ particularly among hospitals: they depend upon the money they receive for dispensing proven treatments and receive nothing for trying anything that’s unproven. 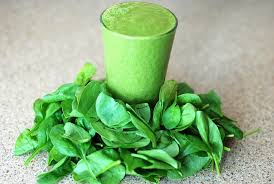 The most telling story is that of Harry Hoxsey who’s father discovered a mix of herbs that cured cancer in horses. He subsequently offered it to cancer sufferers with dramatic results. His son opened clinics to provide the treatment to anyone who asked for it regardless of financial means. At one point his clinics were the most popular cancer centers in America! For years he welcomed the FDA and AMA to test the treatment, but sadly instead they waged a constant campaign to discredit him, and finally succeeded in banning the treatment. This is all well documented in a film that is one of the most shocking example of greed and ego suppressing a promising treatment. To this day no clinical trials have ever been done. On a positive note this treatment is still available in Mexico.

Epidemiological studies among large groups of people, especially in Russia, China, the Mediterranean, and Africa whose diets are based primarily, if not entirely, on fruits, vegetables, and other natural foods point to a new and exciting way to treat illness. These studies show a significantly lower occurrence of diseases. Most interesting of all, there are no signs of certain cancers such as prostrate and colon cancer, as well as other health problems that are so prevalent in our North American population. 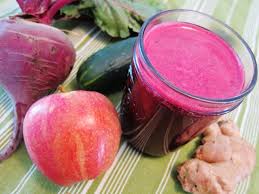 nuts, root herbs, and spices have preventative and possibly even curative powers. In particular, studies (including those done by the CDC and the National Cancer Institute) regarding phytonutrients have created quite a stir within the cancer treatment community. Phytonutrients are rich in compounds that not only remove cancer-causing toxins from the body, but may in fact prevent and even treat certain cancers.

There are quite a number of vegetables, fruits, herbs, and even spices that contain cancer fighting nutrients. The vegetables receiving the most attention include leafy greens such as turnip, mustard, kale, and collards. Other veggies under intense study are carrots, jalapeno, onions, cabbage, broccoli, Brussels sprouts, red beets, cauliflower, leeks, bok choy, rutabaga, kohlrabi, and chives. Certain fruits also show exciting promise such as citrus, cantaloupe, apples, pears, apricots, and in particular, Concord grapes. Exciting too are on-going studies on garlic, turmeric, black pepper, and ginger. Other studies, notably one conducted by the Independent Cancer Research Foundation have discovered that special nutrients found particularly in natural uncooked, juiced fruits, vegetables, herbs, and spices do in fact contain significant cancer fighting properties.

Research at Oregon State University is focused on broccoli as a strong cancer fighter! One study found that a compound in broccoli and other cruciferous veggies known as “sulforaphane” fights cancer in two ways. It boosts both DNA methylation and HDAC inhibition, which work together to keep your cells safe from cancer, particularly cancers of the prostate and colon.

Another study found the cancer-fighting properties in turmeric are enhanced when combined with black pepper. 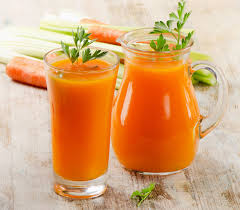 In December of 2012, my wife was diagnosed with breast cancer. Luckily it was discovered early in her yearly mammogram. And luckily her surgery and radiation treatments were successful. Her prognosis is so bright that she no longer takes any medication. In addition to the hormone medication she took for 5 years following her radiation treatment, we also juiced every day using the top cancer fighters according to the latest nutritional discoveries. Our favorite cancer-fighting juice recipe is this which makes enough for 2:

So if you haven’t started juicing start today not only for the taste but to help prevent cancer and other diseases.