Cabbage has been grown the world over for thousands of years, from Asia and southern Europe, to the Americas, and was consumed as commonly as potatoes! It was introduced to northern Euopeans and the British Isles by the Romans, where it became a staple, particularly among the lower classes. By the 1600 – 1700’s, this humble vegetable became a staple of ships’ crews for it’s high content of vitamin C and ability to be stored for long periods of time in a variety of forms, as a way to avoid scurvy. 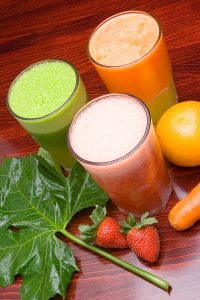 Cabbage juice is amazing! Epidemiological studies have consistently shown that eating cabbage once a week can reduce the risk of colon cancer by 60 percent! It has even more vitamin C than oranges, and it is being studied intensely not only for its prevention of colon cancer, but also for its amazing effects on stomach ulcers.

Cabbage juice is a great detoxifier - it purifies blood and removes free radicals and uric acid which is a major cause of rheumatism, gout, arthritis, eczema and the hardening and de-colorization of the skin.

Cabbage is rich in iodine which increases the function of the brain, nervous system and thyroid.

Cabbage is exceptionally low in calories and fat, and abundant in vitamins B-1, B-5, B-6, C and K. Cabbage is also high in potassium, iron, magnesium manganese and phytonutrients.

These are my top favorite juice recipes using cabbage. If you have a really tasty one please be sure to email it to me and I'll include it here in my next upcoming edition of my best-selling juicing recipe book - click the box at the right for more info about this unique recipe book which for the first time provides over 275 juice recipes based on the latest nutritional research. Share your best cabbage or other juice recipe and I'll immortalize you! 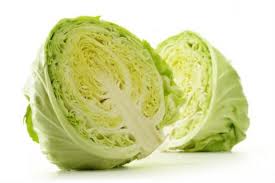 More recipes can be found in Juicing & Smoothie Recipes That Heal! available here in the box on the right and for Kindle, Nook and iPad users at Amazon, Barnes & Noble and iBooks.